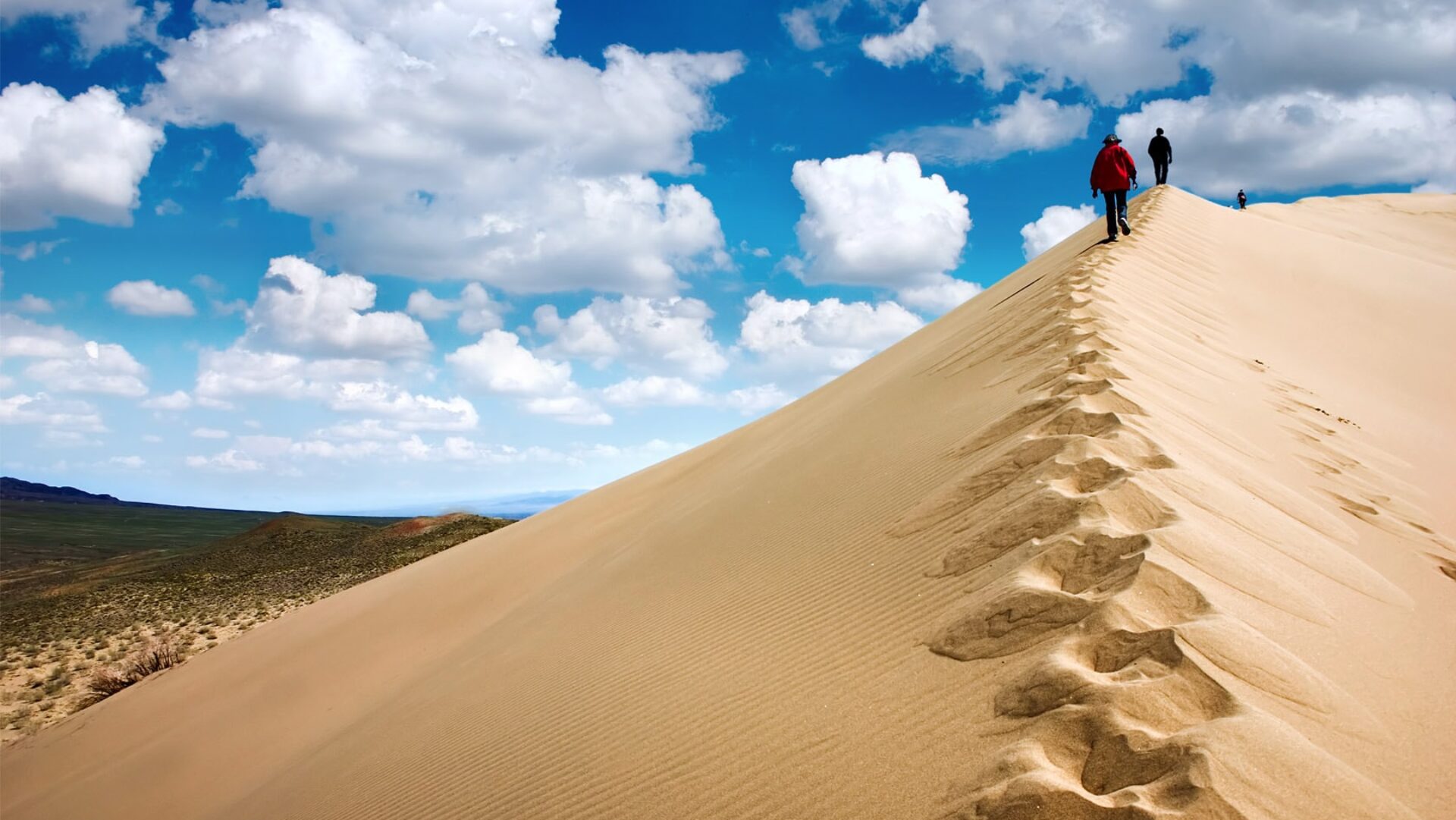 Season from 20 December till 20 February

Day 1 / Flight out of Europe

Flight out of Europe

Arrival to Almaty. Transfer to hotel. Rest. Later on city tour: Visit to Republic Square and Monument of Independence. Walk via old city center (today: Square Astana) to the 28 Panfilovtsev Park, Zenkov Cathedral (monument of cult architecture of Christians in Kazakhstan). Also we will visit the Museum of Musical Instruments, Abai Theater and Historical Museum. Take a cable car to Kok Tobe hill. Enjoy with panoramic view of Almaty. Dinner. Overnight at the hotel.

(Altitudes above sea level during the day: 900m in Almaty)

After breakfast. Tranfer to Green bazaar, where you can take a look of local life style of Kazakh people.  Later on visit of Sport Complex Medeo. Besides beautiful nature there are some other attractions to see, one of which is the world’s largest speed skating rink known as Medeo. Continue drive to Shymbulak ski resort. The resort is located in the upper part of the Medeu Valley in the Zaiilisky Alatau mountain range on altitude of 2400m. a.s.l. It is popular for its mild climate, large quantity of sunny days and great amount of snow. There are three ski lifts at the resort with the highest going to 3200 meters above sea level. Walk there. Optional for additional payment skiing. Back to Almaty dinner at the local restaurant. Overnight at the hotel.

(Altitudes above sea level during the day:– 800m in Bishkek)

After breakfast transfer to Bokonbaevo village, a village that is situated on the southern shore of Issyk-Kul lake, that is the second largest mountainous lake in the world on the altitude of 1607 meters above the sea level. Visit the Fairytale canyon hike for about 1 hour. The canyon was named due to its bizarre rocky landscape, which for many years has been transformed by wind into fabulous sculptures and formations. Some formations in «Skazka» have been named for their similarity to well-known objects. For example, one set of ridges in the canyon is named «The Chinese Wall» due to its similarity to the Great Wall of China. You can also find what appear to be statues of a hippopotamus, snake, dragon, sleeping giant and even whole castles. Because the different rocks have amazing colors, the rocky statues not only have unusual shapes, but also magical colors  . return to Bokonbaevo (about 30 km). In case the date of this day will be 31 of December, in  the evening celebration of the New Year with the Kyrgyz family.  Accommodation in the Yurt Camp Almaluu in Bokonbaevo village.

(Altitudes above sea level during the day: beginning of day – 800m in Bishkek, in the end of day – 1650m in Bokonbaevo village)

After breakfast transfer to Jergalan village. On the way visit to Jety Oguz Valley with its famous Red Rock formation “Seven Bulls” and “Broken Heart”. Transfer to Karakol. Lunch in the Uighur family. A city tour in Karakol. A visit to Russian Orthodox Church and Muslim Mosque in Dungan Style. Continue driving to Jergalan village (about 50 km, 1 hour of driving). Dinner and overnight in the family.

Breakfast. Transfer to Chon-Kemin gorge along the northern shore of Issyk-Kul lake. On the way it is possible to make stop and approach the lake. The lake does not freeze in winter time. On the way visit the “Keremet Suu” hot spring rest place. Take a thermal pools at the open air. Continue driving to Chon Kemin upon arrival to Chon-Kemin dinner and accommodation in the Family Guesthouse.

After breakfast full day in Chon Kemin. Hiking up to panorama view. Or optionally horse riding or getting fun on a horse sledge. In case the date of this day will be 31 of December, in the evening celebration of the New Year with the Kyrgyz family. Dinner and Overnight in the Family Guesthouse

(Altitudes above sea level during the day: 1850m in Chon Kemin)

Breakfast. Transfer to Bishkek (160 km). On the way a visit to Burana Tower (XI century). Free time in Bishkek. Farewell dinner in the local restaurant. Overnight in the hotel

Transfer to airport for a flight home.

Service includes:
Service does not include:

Single supplement is 180 USD per person

Supplement for ski pass, rend of ski equipment is 60 USD per person

Supplement for horse riding in Barscoon is 20 USD per person

Supplement for snow shoes is 20 USD per person per program

Flight tickets with TURKISH AIRLINES via Istanbul: is 650-900 EURO per person

Flight tickets with AIR ASTANA VIA NUR-SULTAN: is 650-900 EURO per person

Flight tickets with AEROFLOT via Moscow: is 650-900 EURO per person